On August 29th, 2012, the Guantanamo Bay Museum of Art and History was opened to the public. The project operates as a critical fiction and experimental documentary, asserting that the Guantanamo Bay detention facilities have been closed and replaced by a museum that critically reflects on the social and political significance of the prison. The museum features an array of contemporary art exhibitions, public programs, and a center for critical studies that are all freely accessible on the speculative institution’s website.

The project interpellates publics to reflect on the human rights abuses that occur(red) at the Guantanamo Bay Detention Camp, while it also hopes to be a discursively generative and imaginative space for considering the many systems of violence that persist in our contemporary moment. The museum features original artworks from 6 different contemporary artists, as well as essays on Guantanamo Bay from leading contemporary scholars including Harsha Walia, Judith Butler, and Derek Gregory. As a part of the fiction, the museum also appears as an official place on Google maps after I discovered a technique to détourne their database. 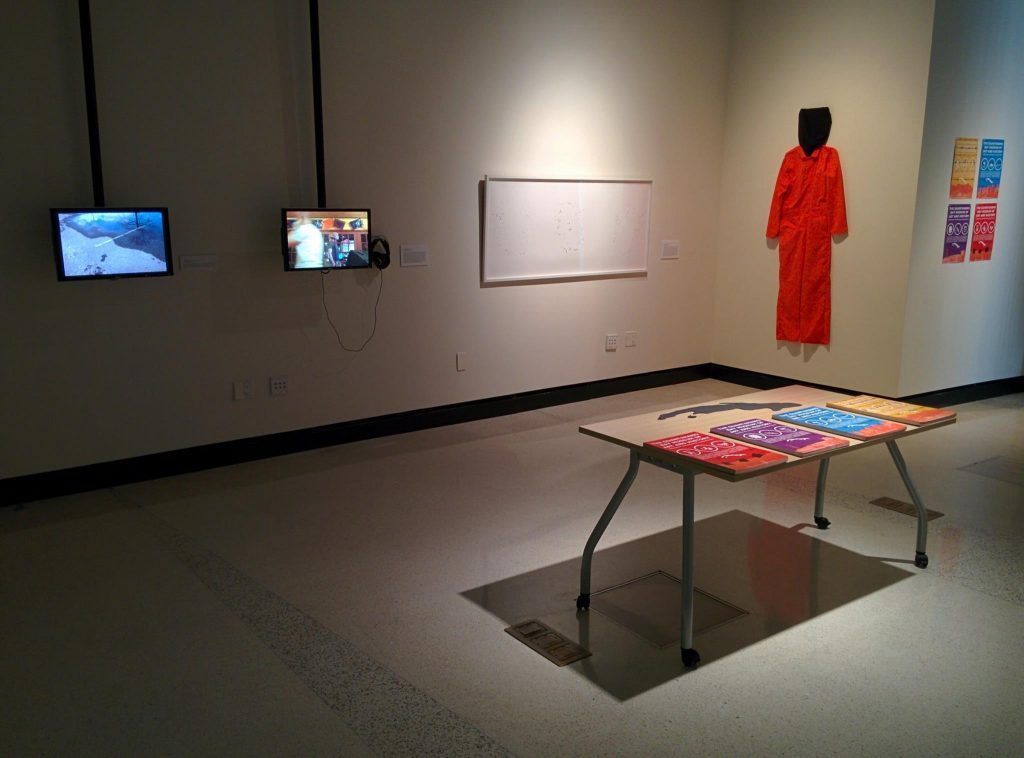 In addition to operating as a website, the project has been installed as an exhibition at UC Berkeley, the Yerba Buena Center for the Arts, the Museum of Modern Art in Warsaw, Brown University, the University of Pennsylvania, and elsewhere. Performative lectures from the “museum staff” often accompany the exhibitions, providing opportunities to engage publics and talk about the philosophy and history of the institution. Alexis Madrigal, former senior editor at The Atlantic, describes the project this way:

While creating imaginary entities is a tried-and-true protest technique, its application in this specific case is brilliant. Gitmo is a peculiar invention that only exists thanks to a tangle of legal rulings that allow Americans to pretend that Gitmo is not a part of America, even though it’s governed and controlled by Americans. No one really gets to see the place, as reporters’ and other visitors’ experiences are crafted by the authorities. The detention camp, as a place where people are held and interrogated, remains an imaginary place for all but the prisoners and the national security officials who operate it. The imaginary museum draws its power from this resonance: If Gitmo exists because of one fiction, perhaps it can be closed by another? Or put another (augmented) way, germane to this digital project: if we change Gitmo’s website, can it actually change its physical and legal reality? That’s what the museum’s organizers are hoping.

The museum is the result of a large collaboration with over 25 artists, writers and other volunteers from Europe as well as North and South America. Visitors are invited to plan their trip to Guantanamo Bay, become a member of the museum, apply to be an artist in residence, as well as read about the history of the institution.

The museum has been covered by many news sources, some of which can be read by clicking the links below:

“The Guantanamo Bay Museum of Art and History opens at UCSD” (The San Diego City Beat).